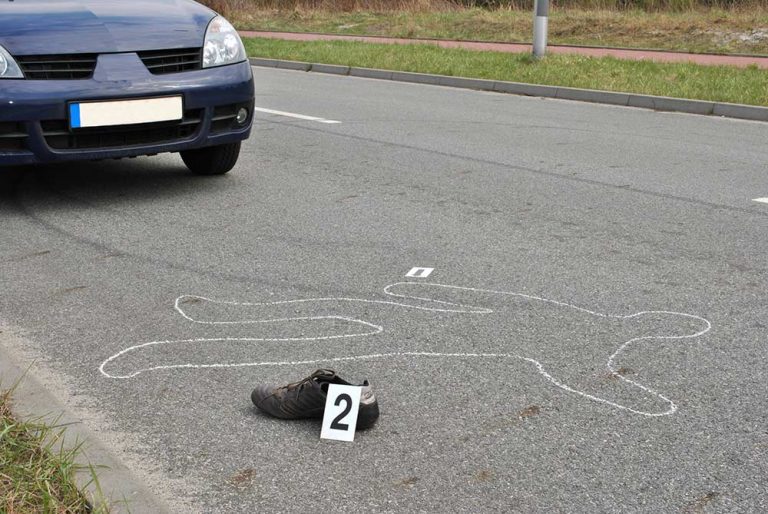 Andrea Cardeno was with her husband, Heribierto Rubio, in her family’s vehicle when she was rear-ended on Myrtle Avenue. She exited the motor vehicle to check the damage to her car. As she approached the driver of the car that hit her to discuss the accident, another car ran over her foot and fled the scene.

The 37-year-old Cardeno suffered several fractures in her foot and spent 11 days in Elmhurst Hospital. Since the accident, which occurred on November 19, 2020, she has had two surgeries and will likely need an entire year to recover.

Cardeno’s family has slammed the police for not conducting a thorough investigation of the accident scene or making any arrests in the incident.

The victim’s family claims that the police who arrived at the scene of the accident did not indicate in the police reports that the car ran over Cardeno’s foot. According to Rubio, the police had little interest in the details of what really happened and did not accompany the victim to the hospital to get clarification about the facts surrounding the accident or her injuries.

Nearly two dozen protesters rallied around the family and demanded that the police properly investigate the incident. Jorge Muniz-Reyes, a member of the activist group Mexicanos Unidos, the police’s accident report, made it sound as if Cardeno fell, not that she was run over by a driver who fled.

There is a hit and run accident nearly every minute in the United States. Why do people leave the scene of an accident?

There are many possible reasons people do not stop when they get in an accident – the person may be driving under the influence of drugs or alcohol, without a license, speeding, or simply dreading the possibility of being sued by the injured party.

Whatever the reason for leaving the scene of an accident, it is unlawful to do so. If the police find the driver who injured Cardeno, there will likely be an arrest. If they locate the hit and run driver, Cardeno might also be able to file a lawsuit and collect damages for her injuries.

Are Hit-and-Run Accidents Caused by Negligence?

There can be a degree of negligence when it comes to hit-and-run accidents.

A driver has the responsibility to use reasonable care to avoid injuries to other motorists, passengers, and pedestrians. If a driver is not reasonably careful and hurts someone, the driver may be liable for negligence and required to pay damages to the victim.

There are four things required to prove negligence:

How Can Negligence Contribute to an Accident?

When it comes to car accidents, negligence is often at the root cause, regardless of the type of accident. Accidents involving fleeing drivers, rollover accidents, intersection accidents, head-on collisions, and sideswipes are often caused by the negligence of a driver or someone else.

Suspects might flee the scene for a variety of reasons, including the ones above. However, fleeing the scene can subject the driver to criminal charges in addition to civil legal liability. A personal injury claim can result in significant compensation for the victim and cover things like the cost of medical treatment, pain and suffering, and other losses.

Our personal injury lawyers at Levine Wiss, PLLC, can help if you are injured in a motor vehicle accident.

We can help you navigate an insurance claim, which can be especially complex when you can’t locate the driver who caused your injuries. Our lawyers work tirelessly to ensure our clients receive the compensation they deserve and the maximum amount they are entitled to by law.