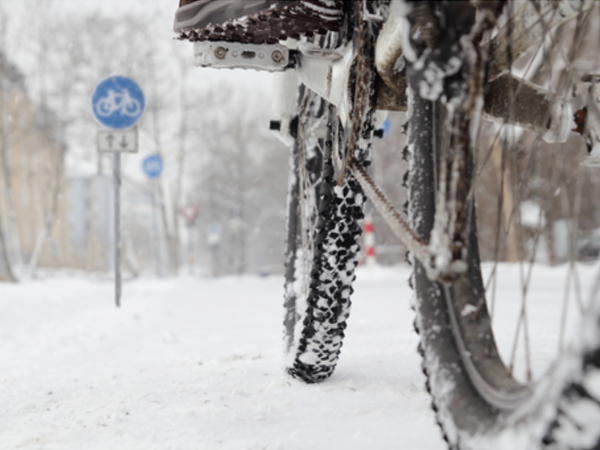 Biking is an up and coming trend in most new and flourishing cities. Biking is a great way to cut down on carbon emissions and help resolve traffic issues alike. More and more places are adding bike lanes and incentives for cyclists because of the benefits they offer.

One problem that often arises, however, is the issue of safety. With the number of cyclists increasing, the number of bike-related accidents is also on the rise. With winter coming up, how will the cold weather affect bicycle safety?

Inclement Weather
While the idea that colder weather will cut back on sharing the roads, this is simply not true. In fact, the number of cyclists will remain relatively steady, but there will be an added element: snow and ice.

With the addition of snow and ice, stopping both on bike and car will become trickier and take more time, likely adding to the number of accidents involving cars and bikes.

Traffic
Because of the inclement weather and nature of wintery roads, there will be an increase in traffic. This will not be helped by the presence of cyclists, who often slow down cars and contribute to traffic when there is no bike lane present.

Because of the addition of traffic, cars will not be able to maneuver around cyclists, leading to longer wait times and likely more accidents.

While bicyclists offer many benefits and are socially conscious and helpful to the environment, safety is a continuous issue. It will be very interesting to see the statistics on bicycle-related accidents in big cities in the upcoming winter months, specifically because the number of bikers has greatly increased.

Whether you are a cyclist or a motorist, it is incredibly important to be careful and conscious of other drivers, weather conditions, and road safety.